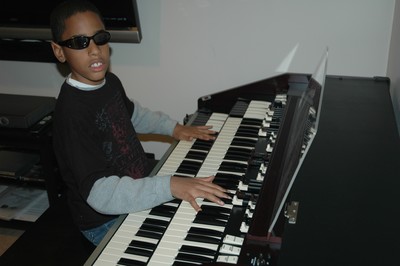 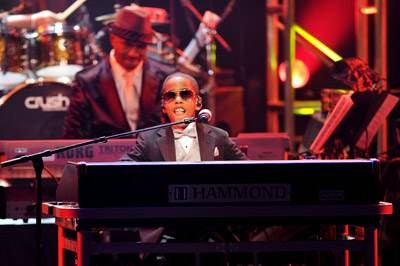 Not only did Matthew get to OPEN the show on his new Hammond B3mk2 Portable, but he also had an opportunity to sit and talk with Stevie Wonder before the show. He was so excited when Stevie gave him a harmonica! 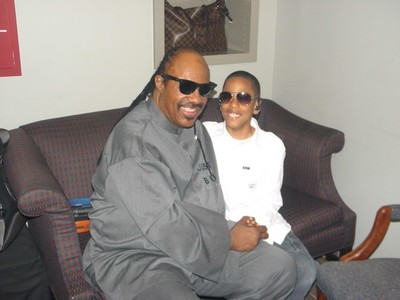 He met a lot of performers/celebrities, took pictures, walked the red carpet and gave out a lot of hugs :-) Matt met Sinbad, Spike Lee, Gabi (actress from the movie Precious, fell in love with Yolanda Adams, played the B3 for and with Paul Shaffer and had a ball directing and playing with Ray Chew and the Crew (Apollo's band). 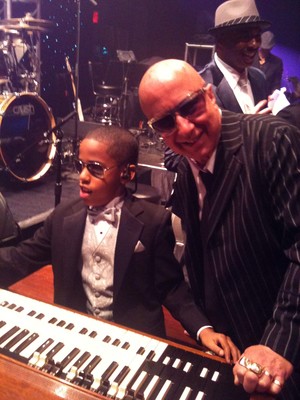 He was a little disappointed he didn't get to perform during the finale, too many other celebrities showed up, but we told him his time would come.  Matthew played a medley that began with intro of Too High followed-up with Superstition on the Hammond B3.

Thanking God for the many blessings and for allowing Matthew to be a blessing and inspiration to others.

9 years old, blind, never performed at venue such as the Apollo Theater and win's talent show. 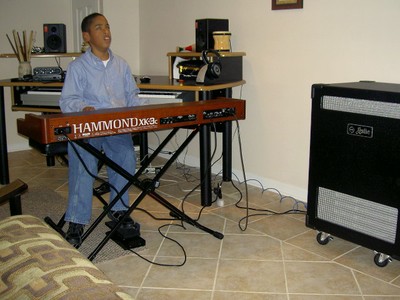 Hi Vince, Matthew May and I want to thank you for your support. Matthew was so happy when he received his new Leslie to go along with his Hammond A103. His words were, "now it sounds just right"! Not only did you recommend the right people to install it but you also sent Matthew a copy of your CD, The Prince's Groove, where he promptly taught himself how to play his two favorite songs Renegade Man and Dearly Beloved. 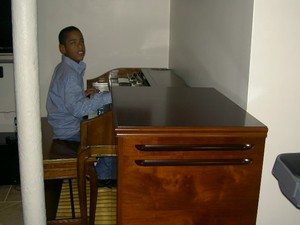 We also want to thank you for giving him an opportunity to play with you and your band when we came to see you perform. Again he was in another world and fell in love with the Hammond XK-3 you were playing. 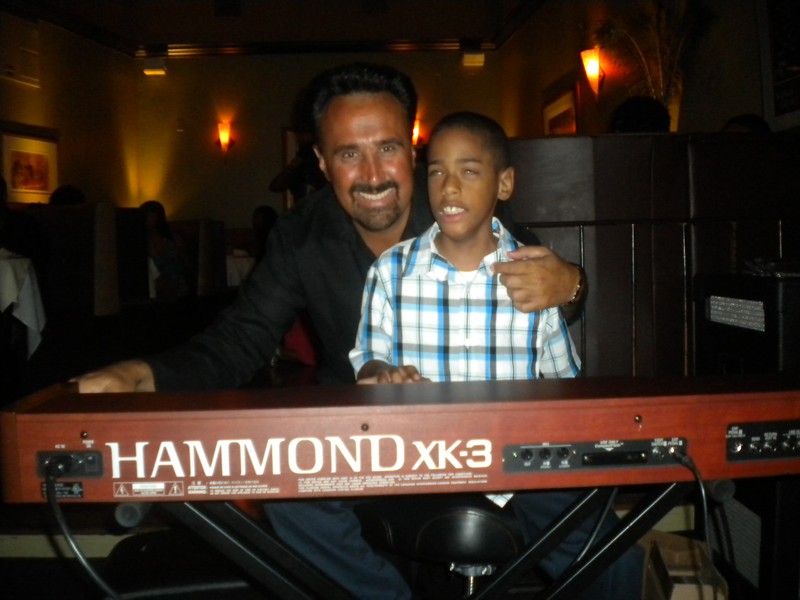 I guess that was a sign of things to come because not too long after playing with you Matthew was invited to play in the Child Stars of Tomorrow segment of Amateur Night at the Apollo in NY and needed something portable to play.

We thought about taking his synthesizer but you suggested the Hammond would have a better effect. Since Matt was familiar with the Hammond XK-3 you suggested that he would love playing the new portable Hammond XK-3c with the Leslie 3300 and you were correct once again. Matt couldn't wait for me to remove it from the box so that he could sit down and play it. What a sound! The XK-3-c filled the theater with the sound of a B3. 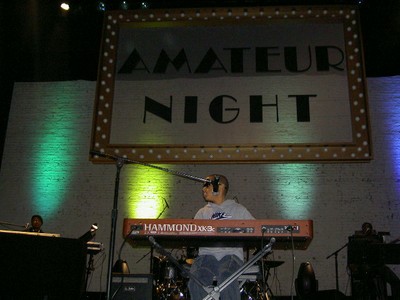 It was great of you to take the time to come and help setup and show us how to program and use the XK-3c. Using the XK-3c and the Leslie 3300 Matt won 1st place at the Apollo the first night he played and finished 2nd the second time he played. But just imagine at 9 years old, blind, and never performing in a venue such as the Apollo and to win. Wow, what an honor! What a blessing!

Thank you again Vince for making it possible. You have a lifetime friend in Matthew!