I have been a Hammond devotee since first hearing Keith Emerson bang the innards out of his Hammond L100 with The Nice in 1968. My folks bought me a second-hand Hammond L100 in 1972 and the love affair has been alive and well since then.

Fast-forward to 2009: having just bought my first digital Hammond (XK1), I discovered that the only way to source anything even resembling a rotary speaker was to buy it direct from the USA. I contacted several American retailers who flatly refused to ship anything of that size across the Atlantic - all except Vince Seneri. Not only did Vince agree without blinking an eye to ship an entire Leslie 2100 system to South Africa, but he did so at a great price and with such swiftness, I was slack-jawed when the gear turned up at my door within 10 days of our telephone conversation. Now THAT's a man who cares about his customers. 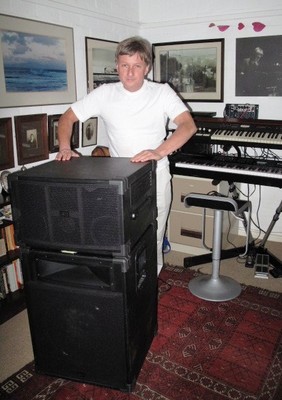 So right here, at the tip of Africa is one dude who sounds as good as he can, thanks to Vince the Prince. And for my next upgrade, you can be sure I'll be going straight back to Hammond Organ World.